Now in Neuropsychopharmacology: Understanding Contextual Processing of Perception in Depression 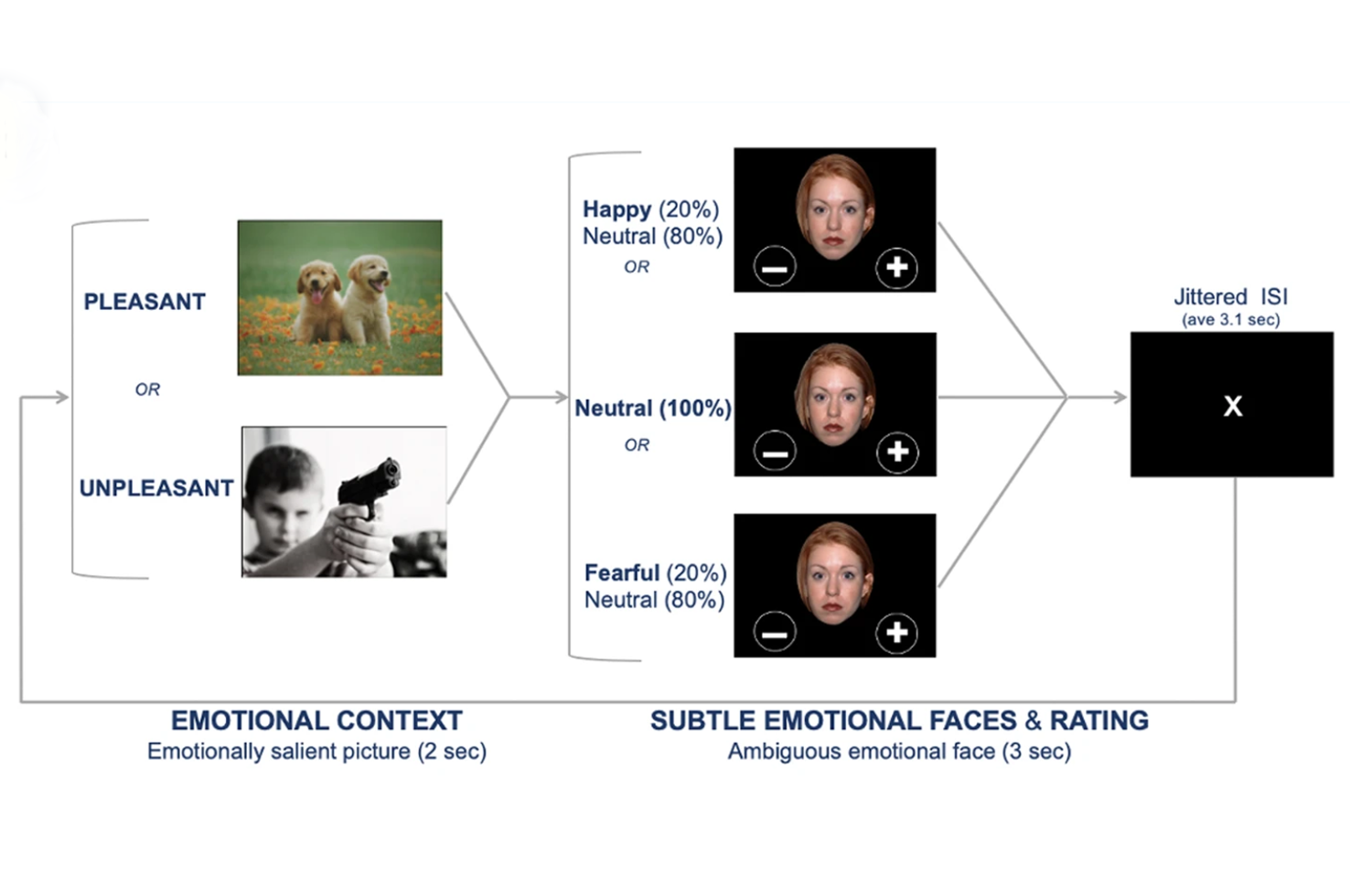 In a hundred-year-old film, a man is seen looking at a bowl of soup, then at a child in a coffin, then at a woman on a divan.

While the film shows the exact same footage of the man three times, interspersed with the other images, audiences perceived that the man reacted to each scene with separate and distinct facial expressions. This phenomenon suggested that audience interpretations of his expression were influenced by the context (soup, death, a woman). In the sciences, neuroimaging research has shown that indeed, context exerts control over perception.

Twenty individuals with major depressive disorder participated in a randomized, double-blind, placebo-controlled, crossover study. They were administered one dose of naltrexone, or a placebo, about one hour before undergoing a contextual framing fMRI task intended to capture effects of valenced contextual cues (pleasant vs. unpleasant) on emotional attribution (the rating of subtle emotional faces: fearful, neutral, or happy).

Results from the study supported the role of the μ-opioid system on contextual effects during emotional attributions in patients with major depressive disorder. Dr. Peciña, the study’s lead author, elaborated: “Specifically, we found that context significantly moderated the effects of subtle emotional faces on emotional attribution, such that participants’ ratings of valenced faces, compared to neutral, were more negative during unpleasant—compared to pleasant—cues,” she explained. “At a neural level, context-induced brain responses in cortical regions, such as the ventrolateral and ventromedial prefrontal cortex, the dorsal anterior cingulate, and the lateral orbitofrontal cortex, were blunted by naltrexone, supporting the involvement of the μ-opioid system in the prefrontal modulation of contextual effects during emotional attribution.”