Now in The American Journal of Psychiatry: Neural Reward Circuitry & Psychotherapy in Youths with Anxiety Disorders 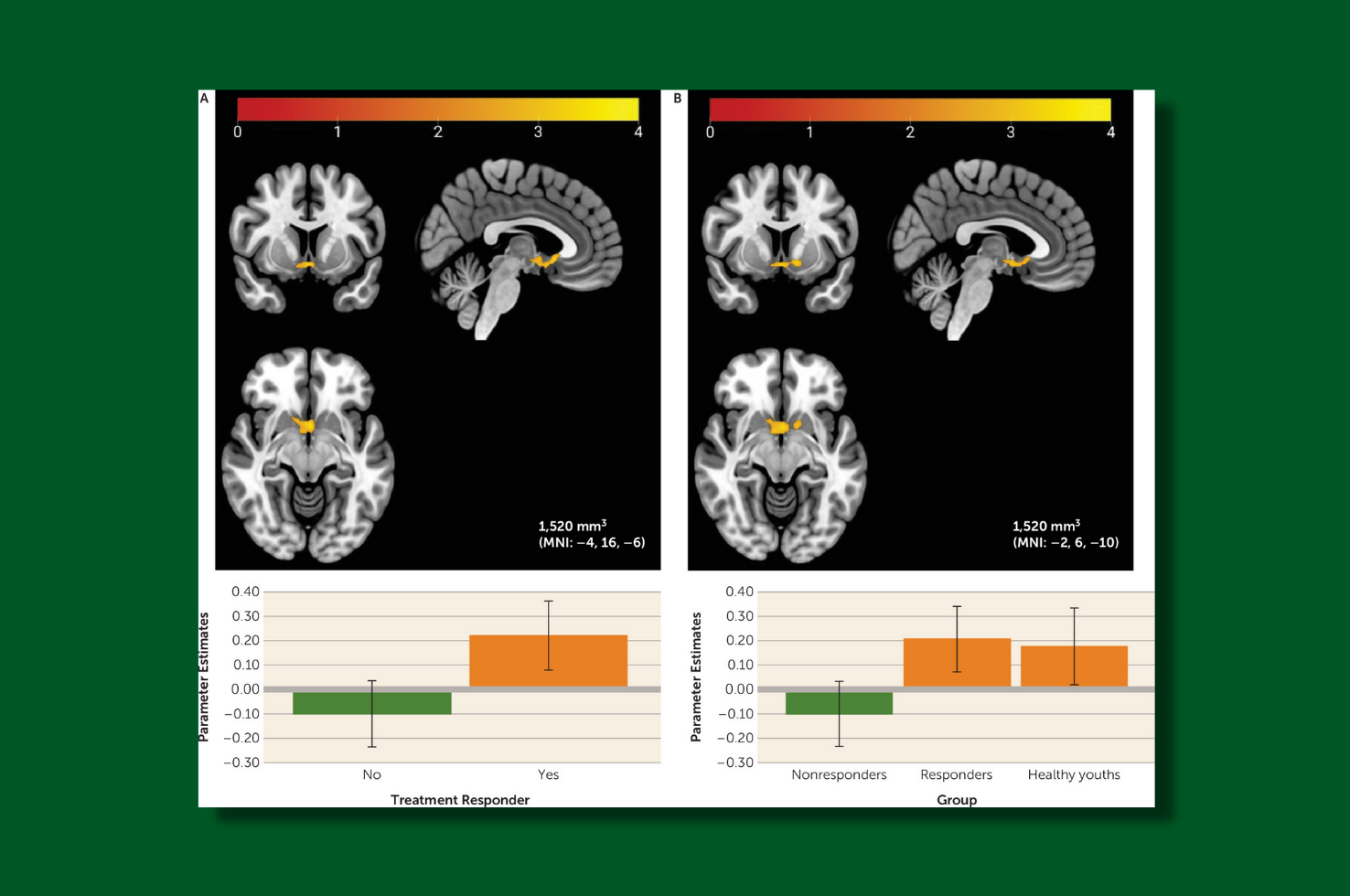 In a recent American Journal of Psychiatry study, Pitt Psychiatry investigators examined the association between function in the brain’s reward circuitry and response to psychotherapy in youths with anxiety disorders. Recent research has indicated the importance of reward in the pathophysiology and treatment of anxiety, suggesting the potential involvement of reward circuitry in treatment response.

Results revealed that at baseline, youths with anxiety disorders showed higher medial prefrontal cortex activation to reward relative to comparison youths. Within the anxiety group, greater baseline response to monetary wins versus losses in a region of the left subgenual anterior cingulate cortex/nucleus accumbens was associated with successful treatment response.

“When we designed this study, we debated whether to include a reward fMRI task because the focus in anxiety has traditionally been the brain’s threat systems. This turned out to be worth the effort, as we observed that a stronger response in the hub of reward circuitry characterized adolescents who would go on to respond to treatment. Response to psychotherapy might thus be enhanced in those with the ability to engage positive emotions or the tendency to find the challenges of treatment rewarding,” said Dr. Forbes.