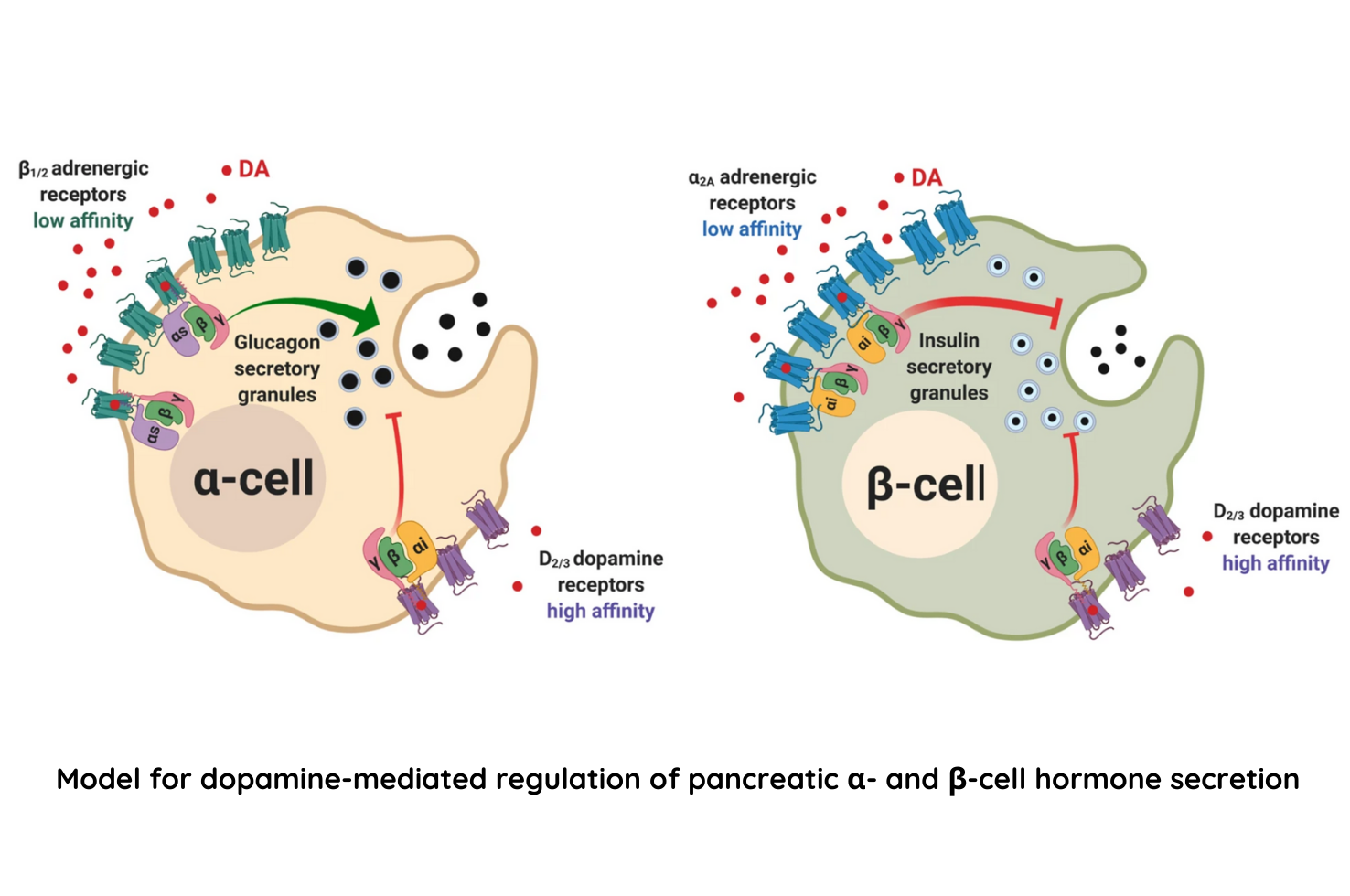 Antipsychotic drugs can cause metabolic dysfunction that increases the risk for developing type 2 diabetes. These medications block dopamine D2-like receptors, including D2 and D3 receptors, which are expressed in pancreatic β-cells (in addition to the central nervous system). Dopamine and norepinephrine are catecholamines that act in the pancreas as peripheral regulators of metabolism. Pancreatic catecholamine signaling has also been increasingly implicated as a mechanism responsible for the metabolic disturbances produced by antipsychotic drugs.

“We wanted to understand how antipsychotic drugs, which target dopamine system in the brain, cause metabolic side effects in patients that receive these medications,” said Dr. Aslanoglou, the study’s first author. “Our work could set the basis for defining the theory of dopamine in metabolic dysfunction, and our findings can be useful for future drug design for both psychiatric and metabolic disorders.”

Results from the experiment demonstrated that human and mouse pancreatic α- and β-cells express the catecholamine biosynthetic and signaling machinery, and that α-cells synthesize dopamine de novo. This locally produced pancreatic dopamine signals via both α- and β-cell adrenergic and dopaminergic receptors with different affinities to regulate glucagon and insulin release. The team additionally found that dopamine functions as a biased agonist at α2A-adrenergic receptors, preferentially signaling via the canonical G protein-mediated pathway. This ability of dopamine to signal differently on dopaminergic receptors versus adrenergic receptors may be critical for finetuning the regulation of blood sugar which is essential for life.

“Our work shows that dopamine signals not only in the brain, but also directly in the periphery and antipsychotic drugs disrupt this peripheral signaling, particularly in the pancreas. This may provide an important mechanism for how these medications cause insulin resistance, and eventually diabetes. These findings pave the way for new more effective treatments for mitigating or even reversing metabolic disturbances produced by antipsychotic drugs and may even lead to better medications for treating diabetes,” said Dr. Freyberg, senior author of the study.