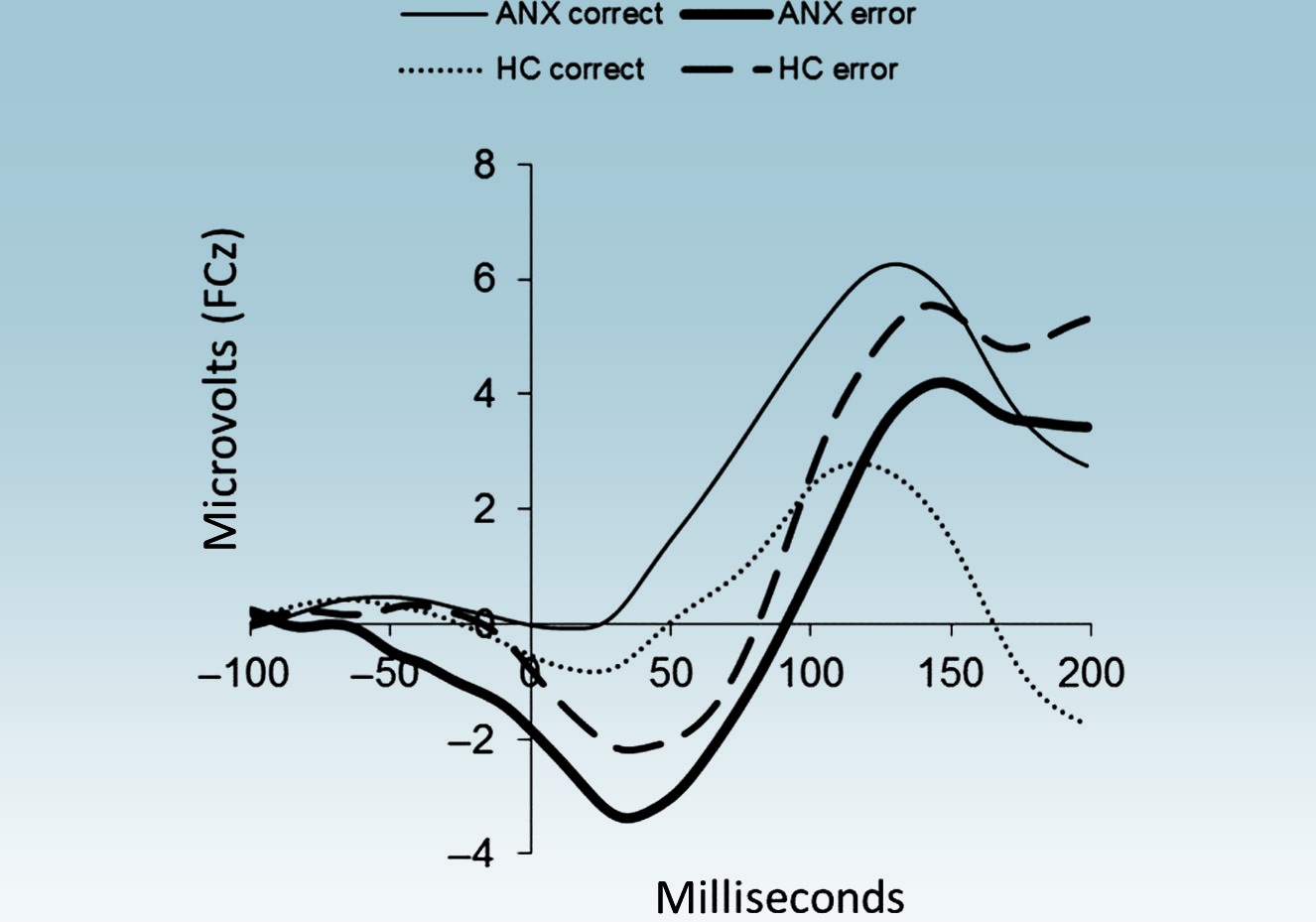 The investigators compared cognitive-behavioral therapy (CBT) for child anxiety and child‐centered therapy (CCT) and examined error‐related brain activity prior to and following treatment in a large sample (130) of young adolescents (ages 9-14) diagnosed with an anxiety disorder. ERN was also assessed in a healthy age‐matched comparison group with no lifetime DSM-IV disorders. Youth with an anxiety disorder were randomized to either a manualized CBT or a comparison CCT. Researchers assessed ERN before and after 16 sessions of treatment and within a comparable interval for the comparison group.

Youth with an anxiety disorder showed a larger ERN than the comparison group, but ERN magnitude did not significantly change following treatment, regardless of type, and baseline ERN did not predict treatment response. Post-task ratings revealed that youth with an anxiety disorder worried more about task performance feedback than the comparison group. Like the ERN, mean ratings did not significantly change following treatment; however, these ratings were not correlated with ERN amplitude.

Findings from this randomized control trial show that a larger ERN and feeling worried about performance feedback remain unchanged following treatment and are unrelated to treatment response. Such findings indicate that action monitoring systems remain overactive in anxious youth treated with psychotherapy, suggesting the need for future investigation of whether novel complimentary cognitive and emotional training programs could modify these systems.