New Research in the Journal of Psychopharmacology: Cannabis Use and Working Memory Impairments in Adolescents 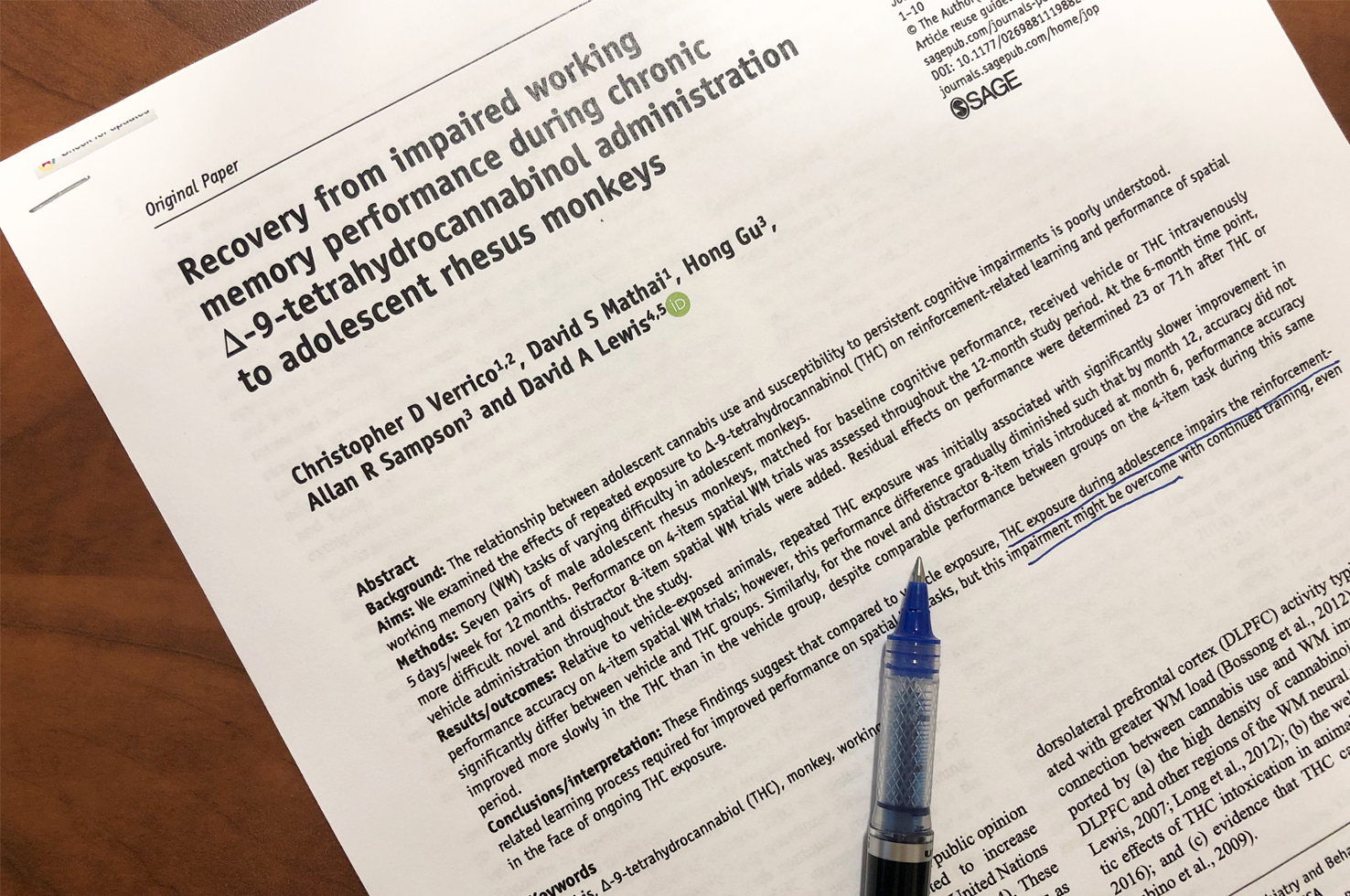 As cannabis use increases, questions remain about its impact on users’ cognitive function. Studies have shown that among adolescents, the use of cannabis—specifically its primary psychoactive ingredient, Δ-9-tetrahydrocannabinol (THC)—can be associated with susceptibility to cognitive impairment.

Previous research has examined the effects of THC on working memory and other cognitive processes in adolescence, but these studies often have limited ability to control for factors such as cognitive function before cannabis initiation; age at initiation; type, frequency and potency of cannabis used; concurrent use of other drugs; and psychiatric comorbidity. In addition, previous research using rodent models have limited applicability to humans due to differences in onset and duration of adolescence in rodents compared with humans, as well as potential differences in animal dosing as compared with human use.

A recent study published in the Journal of Psychopharmacology examined the impact of THC use on working memory tasks in rhesus macaque monkeys, who, like humans, have an extended period of adolescence. In addition, it is possible to administer THC to rhesus macaque monkeys in a pattern more closely resembling human use. In the current study, a research team including Christopher Verrico, PhD (former Pitt Psychiatry postdoctoral fellow; currently Assistant Professor of Psychiatry Research, Baylor College of Medicine), and led by David Lewis, MD, of Pitt Psychiatry, studied a cohort of adolescent male rhesus macaque monkeys who completed working memory tasks after receiving THC. The monkeys were first trained in the tasks for 4–5 weeks with no administration of THC, followed by a period of 12 months in which they received THC five days per week. In addition, more challenging working memory tasks were introduced after the six-month mark.

Findings from the study revealed that THC exposure was associated with slower improvement in working memory task performance accuracy in the initial task, as well as in the more challenging task, introduced at six months. However, with continued training, the adverse effects of THC dissipated by the 12th month. After a year, there was not a significant difference in performance between those monkeys who had received THC and those who had not, indicating that although THC impairs working memory, resulting deficits can be overcome with age and/or practice.

Dr. Lewis, the study’s senior author, remarked, “The idea that THC exposure produces a reinforcement-associated learning impairment that can be overcome with continued practice might help explain the association between regular cannabis use and poor academic performance in adolescents. However, it is important to note that in our study, subjects were compelled to continue training in these tasks—while in the real world, adolescents don’t always remain engaged with cognitive tasks, and so may not overcome the THC-produced learning impairments.”