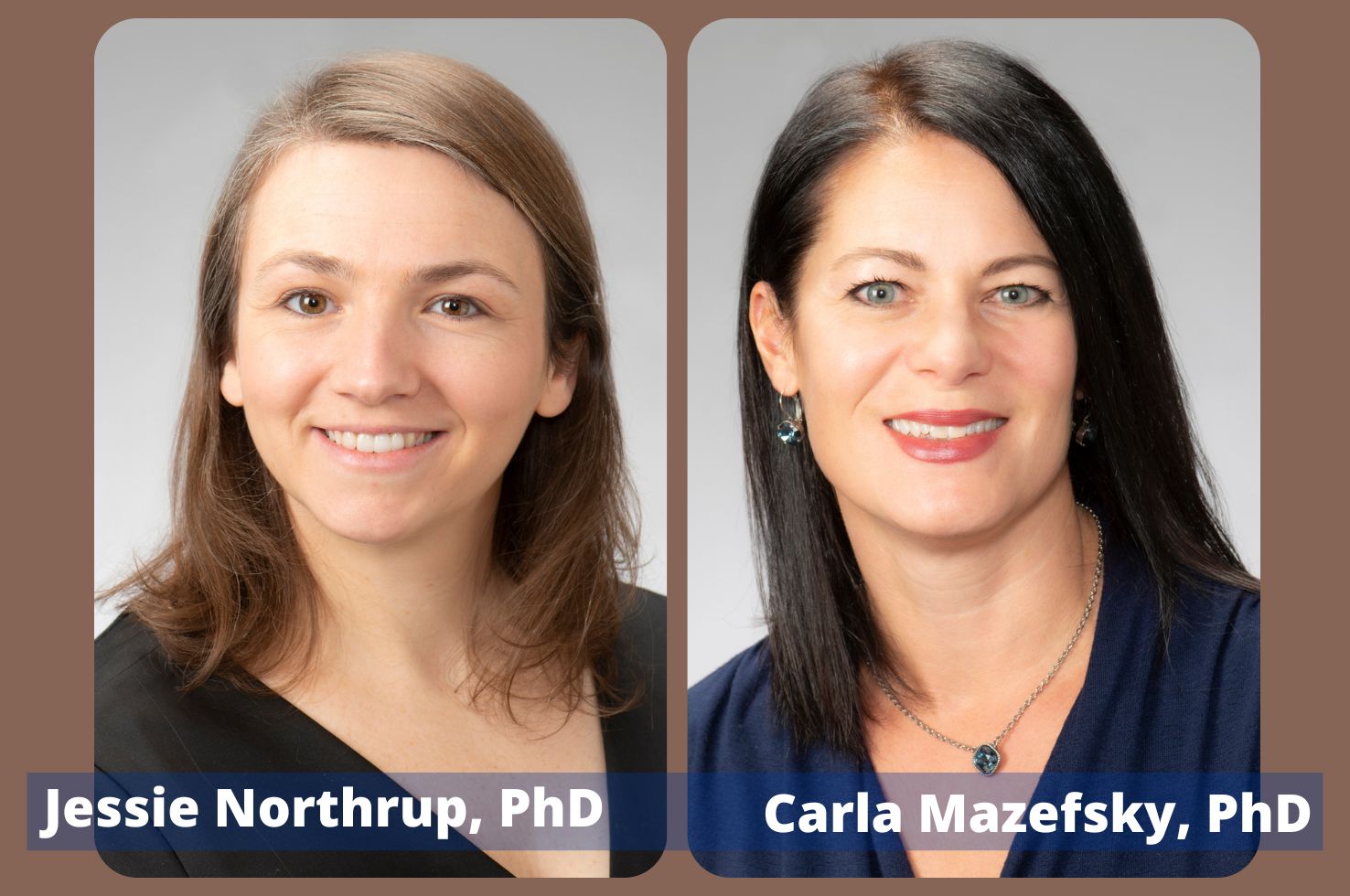 Investigators including Jessie Northrup, PhD (Assistant Professor of Psychiatry), and Carla Mazefsky, PhD (Professor of Psychiatry and Psychology), from Pitt Psychiatry, have conducted a study of how emotion dysregulation—challenges in modulating the intensity and duration of emotional reactions—may relate to aggressive or self-injurious behaviors in autistic individuals. The study, published in Autism Research, examined the real-time occurrence of aggressive or self-injurious behaviors during the daily activities of 53 psychiatrically hospitalized autistic youth.

We spoke with Dr. Northrup, the study’s corresponding author, and Dr. Mazefsky, senior author, about their research.

Why study aggressive or self-injurious behaviors in particular?

What is a major challenge with this research and how did you address it?

Dr. Northrup: Aggression and self-injurious behaviors can be difficult for scientists to observe because of their infrequent and unpredictable occurrence in everyday life. In this study, observing the behavior of autistic adolescents in psychiatric inpatient units enabled us to study how these behaviors occur in real time. We collected over 500 hours of observation and were able to observe more than 1,500 episodes of overt emotion dysregulation, more than 2,500 episodes of self-injurious behaviors, and more than 500 episodes of aggression. With this information, we had a rich opportunity to describe what these behaviors look like.

What did you find?