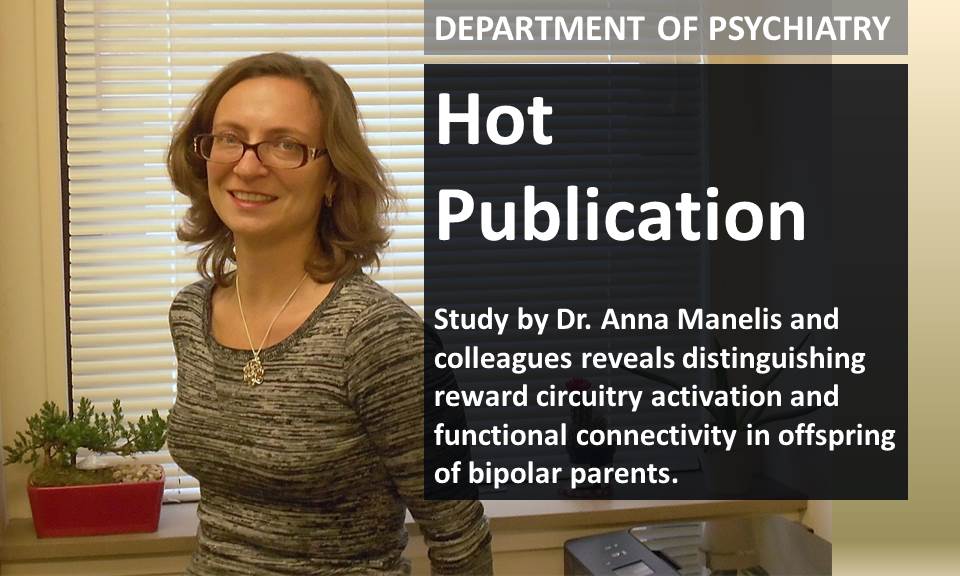 This is the first study to demonstrate that reward circuitry activation and functional connectivity distinguish BDO from NBDO and PHP. The fact that the pattern of findings remained when comparing healthy BDO vs. healthy NBDO vs. PHP suggests that these neuroimaging measures may represent trait-level neurobiological markers conferring either risk for, or protection against, bipolar disorder in youth.

This article appears in the journal Psychological Medicine.  Click here to view the abstract.