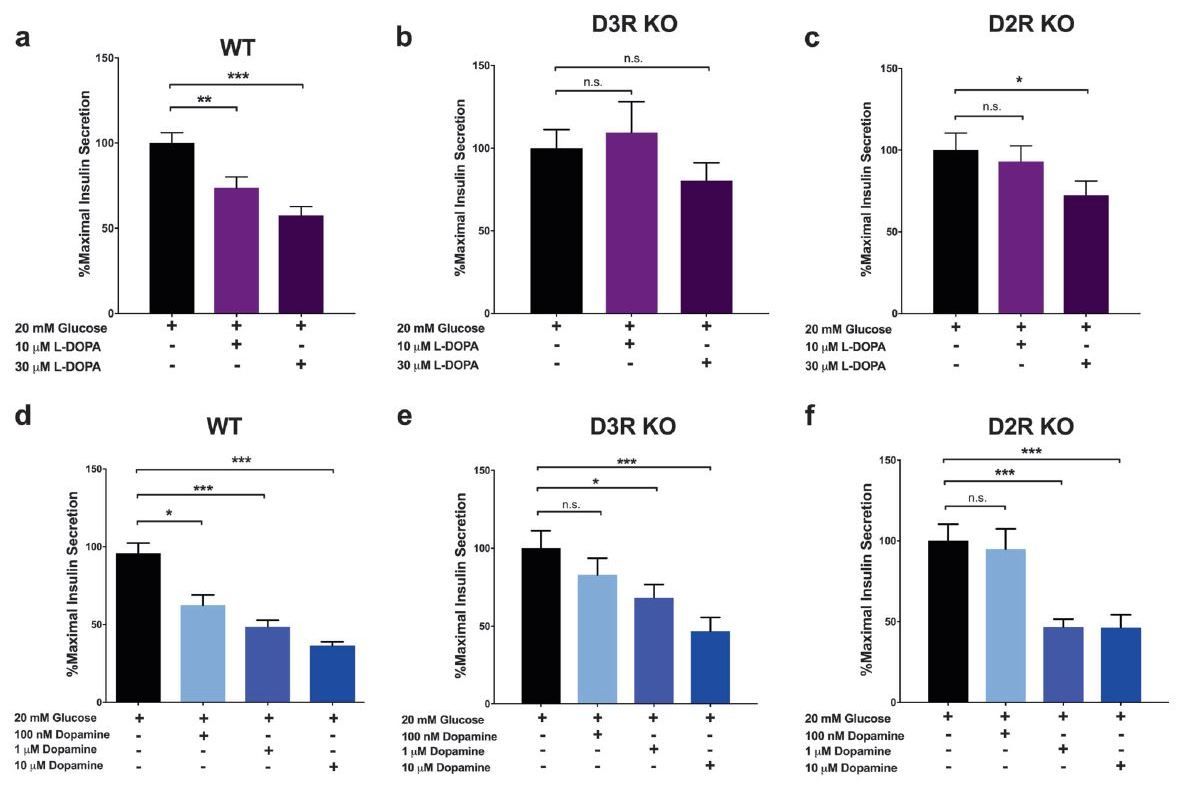 A recent study in Molecular Psychiatry shares findings that help explain how antipsychotic drugs might contribute to the development of conditions such as diabetes and obesity by influencing dopamine receptors outside of the brain. The study’s lead author, Assistant Professor of Psychiatry and Cell Biology Zachary Freyberg, MD, PhD, shared how this investigation evolved and considered avenues for further research.

Tell me about your scientific interests.
The central focus of my lab is to understand the functional and physiological relevance of dopamine and dopamine signaling. We’ve known for decades that dopamine is an important neurotransmitter, implicated across a spectrum of disorders from Parkinson’s disease to schizophrenia and depression. It clearly has an important role in the brain and in the body. Yet, we know little about how it affects individual neurons and how dysfunctions in dopamine signaling contribute to human disease. We know even less about the effects that medications have on dopamine signaling.

How did these questions lead to your current work on dopamine receptors?
During my residency, it was striking and marvelous to see powerful antipsychotic medications allow drug-naïve patients to reclaim aspects of their lives. However, many people also experience severe side-effects, like substantial weight gain and/or diabetes. Since I took an oath to do no harm, it was difficult for me to reconcile that these were the costs of staying well.

I wanted to understand why this was happening and learn how to make better treatments. Back in the lab after my residency, I began to study the basic mechanisms of how dopamine is stored and released. From colleagues, I learned that the largest reservoirs of dopamine are in the kidneys and the gut. This dopamine located outside the brain regulates blood pressure and affects digestion and metabolism. This is very odd. We call dopamine a neurotransmitter—the prefix, neuro-, indicates the brain—but most of the body’s dopamine is not located in the brain.

Next, my colleagues and I discovered that these molecules in the digestive system are found particularly in pancreatic beta cells, which make and release insulin. Since antipsychotic drugs make some people diabetic, it seemed important to look at insulin-producing beta cells in the pancreas. Surprisingly, these pancreatic beta cells make their own supply of dopamine, and express the same dopamine receptors, termed dopamine D2 receptors, that are targeted by antipsychotic drugs in the brain. Signaling via the dopamine D2 receptor is clearly important since if these antipsychotic drugs are modified to affect their ability to signal through this receptor, they lose their therapeutic effectiveness

I then wondered whether it was possible that these antipsychotic drugs are targeting not only the brain but also these peripheral cells, sites that also express the same targets? Pierre Maechler and his laboratory at the University of Geneva initially found that dopamine is a very potent modulator of insulin release, meaning that when insulin is released, dopamine can subsequently inhibit further insulin release. This dopamine is likely packaged into the same cell compartments as insulin and both are released together. Then, dopamine works through the D2 receptors expressed in the beta cell and inhibits further insulin secretion. Essentially, dopamine acts like the brakes on a car, but if you put antipsychotic drugs in, it’s like cutting the brakes. It prevents dopamine from working through those receptors and then the car is out of control.

We found, as described in the Molecular Psychiatry paper, that when you genetically interfere with these receptors or use antipsychotic drugs directly on the beta cells, you interfere with this inhibitory mechanism that ordinarily works through the dopamine that’s released. That can lead to the side-effects I mentioned earlier. Elevated levels of insulin occur, and if it is chronically elevated, as with pre-diabetes, it renders the rest of the body insulin-resistant. If a person can’t respond to the insulin, blood sugar rises, contributing to the development of obesity, and eventually, diabetes.

This is just scratching the surface. We still don’t know how the receptors are actually signaling, nor what is happening in the beta cells themselves, because the islet has other dopamine targets. As in the brain, these cells are constantly in communication with one another. Does dopamine affect that communication? Is it part of the conversation that you need to maintain metabolic balance?

You have been able to establish the relationship between antipsychotic medications and these metabolic disturbances. Is the next step to figure out what to do about it?
That’s one next step. The other is to broaden the conversation because beta cells are one cell type out of many in the islet. You can’t necessarily single them out, because the beta cell alone doesn’t affect blood sugar. That is just as—if not more—important, especially when you want to tweak the system in order bring it back under control. The goal is to use what we discover to create better antipsychotic drugs that do not influence metabolism or alter blood sugar. Then we can target people who live with diabetes in general, regardless of whether they experience psychosis.

We’re working with Dr. Gretchen Haas on a safety trial for a drug that does the reverse of what antipsychotics do, to see if we can reverse these metabolic side effects. If we can demonstrate that that’s safe, it can make a huge impact.

With these new findings, what are your goals for the future?
I’d like to develop better, more selective blockers. And I would like to understand the effects of dopamine on other cell types in the islet. For example, alpha cells make glucagon, a hormone that raises blood sugar. This leads to the question: what controls glucagon release and do drugs that act through dopamine also target and disrupt the regulation of alpha cell function? Is this what exacerbates blood sugar changes caused by medications? These are but some of the great mysteries of this work and in diabetes more generally.