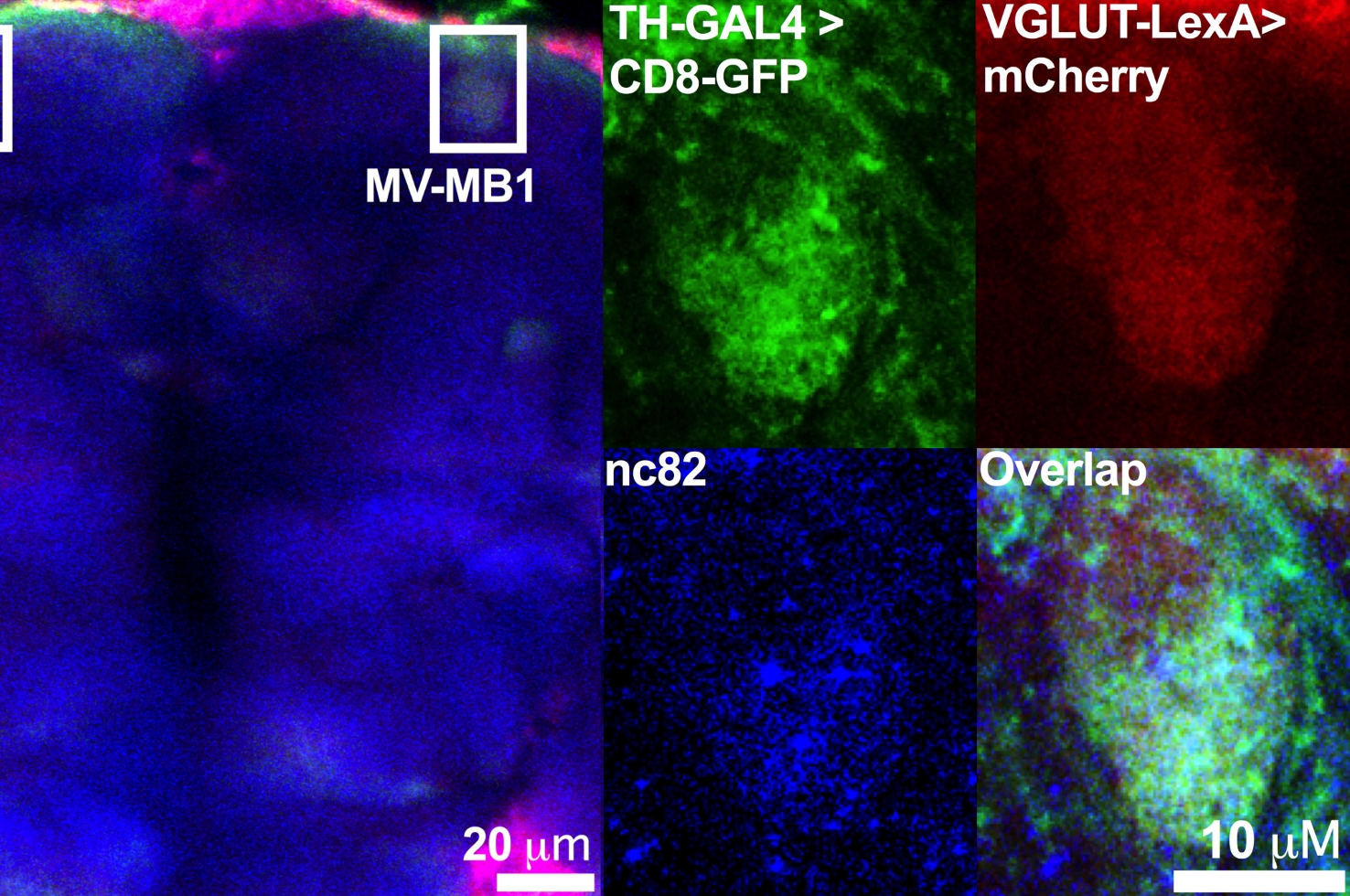 Findings by Dr. Zachary Freyberg et al. challenge the existing dogma about how dopamine-releasing neurons communicate, showing that they can change the amount of dopamine released as a function of their overall activity. Malfunctioning of this mechanism could have major implications for many dopamine-related diseases, including schizophrenia, Parkinson’s disease, and addiction.

The basics of dopamine signaling indicate that when a dopamine neuron fires, vesicles containing the neurotransmitter migrate to the cell membrane where they fuse and release their cargo into the synapse. Prior to this study, existing dogma stated that neurons release fixed amounts of chemical signal at any one time and that vesicle content is static. However, Zachary Freyberg, MD, PhD and colleagues have shown that cell activity modulates vesicle dopamine content and have uncovered the mechanism by which neurons keep up with the demands of repeatedly sending signals to other neurons.

The team used a coordinated genetic, pharmacological, and imaging approach to observe dopamine signaling in living Drosophila brains. Dr. Freyberg helped to develop this technique using molecules of fluorescent false neurotransmitter (FFN), FFN206. In this study, the team used a recently developed second-generation FFN to visualize the dynamics of synaptic vesicle dopamine loading and release in presynaptic dopamine nerve terminals. The vesicles loaded extra cargo before fusing with the plasma membrane during neuron activity, contradicting the view that vesicles’ dopamine levels are fixed. Subsequent experiments showed that this activity-induced vesicle loading was due to an increase in acidity levels inside the vesicles.

To investigate the mechanisms of this activity-dependent phenomenon further, the researchers looked for signals associated with the boost in vesicle content. They found that before fusion but after cell membrane depolarization—a sign of neuronal activity—the pH inside vesicles dropped. When they blocked the entry of glutamate into these dopamine vesicles, they no longer acidified further and no longer loaded more dopamine in response to activity. The researchers observed similar processes in mice, and in a new paradigm, suggest how this unexpected role for glutamate links neuronal activity to dopamine vesicle content across species.

Dr. Freyberg is now investigating how these mechanisms fine-tune the amount of dopamine sent across the synapse, and their effects on neuronal communication in normal and diseased brains. “It’s as if we’ve been thinking all our lives that when you turn on a light, you just flip a switch, and it’s on or off,” he says. “But what this suggests is that neurons are capable of a great deal more subtlety.” In the future, the team plans to look more closely at how increases in vesicle acidification affect health.